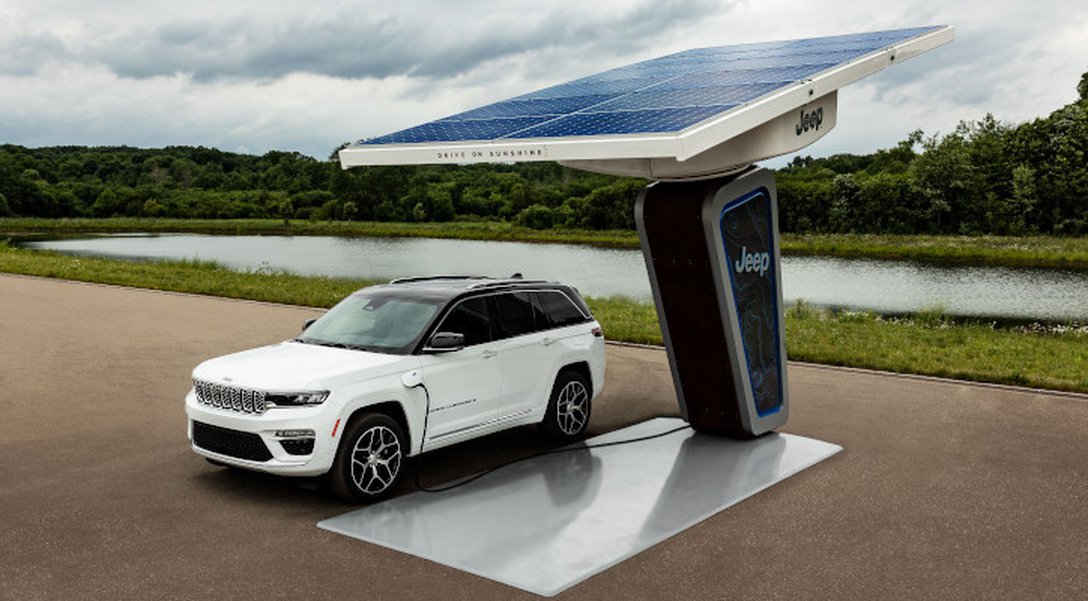 The Italian-American house presented the new Grand Cherokee also in an electrified version with a more modern and more decisive line in the cuts of the lines.

The first photos of the new Jeep have arrived, which has reached its fifth generation as regards the GrandCherokee. It has been modified both in the line but also in the technical aspects. There is obviously an electrified version, a true symbol of this sustainable mobility that has been characterizing the automotive world in recent years.

To see it on the road, however, we have to wait a few more months as this generation is expected for next year.

Jeep has stated that it is a more technological generation but also luxurious and super-performing.

This new generation has been designed to offer an ability to travel oof road like never before. Thanks to the four-by-four drive systems and air suspension, almost any off-road route can be covered in absolute comfort.

The exterior has also been modified in order to work deeply on the aerodynamic profile of the body. Noise levels have been reduced but also vibrations and the concept of roughness of the car on the road.

With the arrival of the new year will also arrive the first plugin hybrid Grand Cherokee. This structure has already been introduced in the other Jeeps, but now the time has come for the great debut on large dimensions.

The plug-in hybrid system has 2 electric motors with a 400-volt battery pack and a 2-liter 4-cylinder turbo engine. This system allows to deliver 375 horsepower and an electric range of 40 km.

This car can go its own way in three ways. It is possible to choose the hybrid operating mode that will allow a combination of the torque delivered by the electric motor and that of the heat engine. Then there is the eSave mode which gives priority to the petrol engine, saving the battery for any subsequent use and finally the electric mode where simply electric power is used.

The driver can also set and allow an application of the Max Regen function , i.e. a more intense regenerative braking calibration. This function also allows you to create a faster reduction in speed compared to a standard regenerative braking and therefore to involve the battery pack in a more important way.

The new Grand Cherokee is also perfect for all those people who need a perfect car with large towing capacities (up to 3275 kg in modes with a 5.7 liter V8 engine).

However, to see on the road and be able to concretely test this car we have to wait a few months as the arrival is scheduled for the first months of 2022.

#jeep
Community comments
Want to be the first to comment?