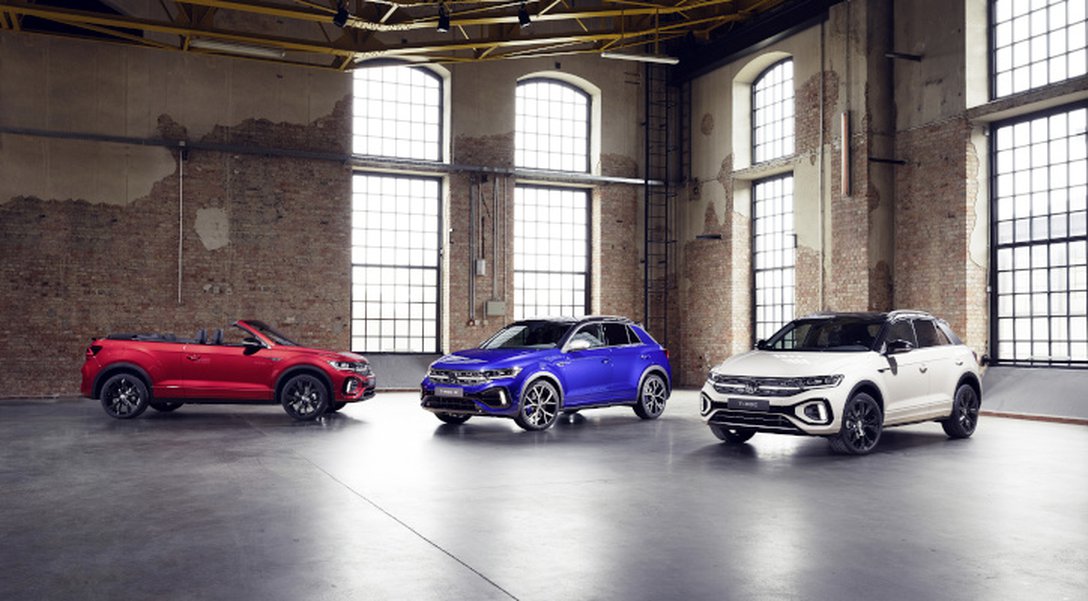 The automaker has decided to get its hands on the popular compact SUV with aesthetic and interior updates. A higher overall quality, but the engines don't change.

Volkswagen has decided to renew the compact SUV T-Roc for the coming year. Four years after this compact SUV's first ride on the road, it's time for a mid-series restyling.

The model in question has sold over a million units and is therefore preparing to benefit from a purely aesthetic restyling. There is obviously no lack of technological innovation and in fact some technological features have been improved.

Looking at the car externally, you immediately notice how the front has undergone changes starting with the new headlights that can now also benefit from the Matrix Led IQ light technology as an option. It is also possible to combine the front headlights with an optional LED line.

On the other hand, a new bumper and a grille that have been completely redesigned are standard. Looking back at the car you can see that the headlights have also been modified and the direction indicators are dynamic and with a dark finish.

In addition to some aesthetic improvements intended, also as new possibilities of choice as regards the colors of the bodywork, much has also been done in terms of habitability.

In fact, the new multimedia system, always connected to the network and visible on screens of various widths up to 9 inches, makes its debut. The steering wheel has also been redesigned and is equipped with the multifunctional features typical of current technology. The climate touch controls have also been inserted to never take your eyes off the road.

As standard on all cars it is possible to have an 8-inch diagonal digital dashboard while the 10-inch Digital Cockpit Pro is optional.

Aesthetic improvements but also in comfort as the upper part of the dashboard has been upgraded and has now been made with a softer material and the soundproofing functions of the doors have been improved.

Obviously, the set-ups and the engines do not change either. We start from the basic T-Roc, to then have the Life version and then the Style and R-line version. In these last two Premium trim levels, we can associate the Black Style package which allows you to have special customizations related for example to the frames, such as the sills or the Carbon Look uprights and the black tailpipes.

As far as driving aids are concerned, this car has the highest technologies available in the automotive sector, that is the second level Adas.

No information has been released yet regarding prices, but they should be almost stable compared to the latest version with some upgrades due to the improvement of the average quality.

#suv #volkswagen
Community comments
Want to be the first to comment?