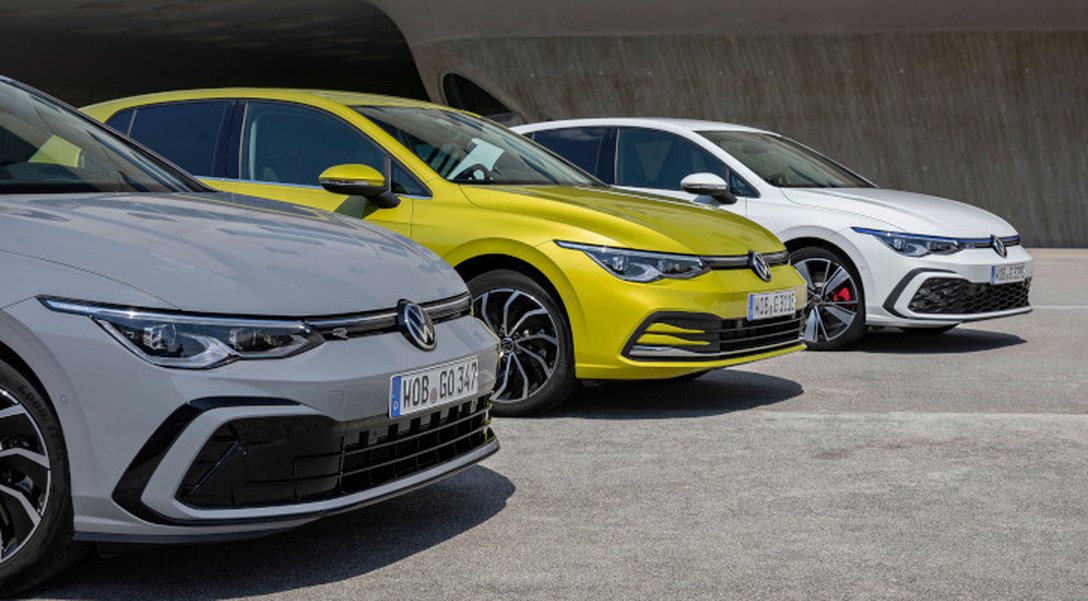 2020 was the crowning year, once again, for Volkswagen Golf, the best-selling car in Germany and Europe.

This is a very important data for Volkswagen as it confirms how a good quality product, renewed and constantly kept at the level of the technological avant-garde, is able to make tens of thousands of people fall in love every day even after many years from its debut.

The success of Golf is a perfect mix of performance, sober but pleasant lines, correctly positioned price and a wide choice of power supply . In fact, there are 8 derivatives of the Golf and one in 3 is hybrid . Power in Volkswagen is a key aspect and on this, we have seen how nothing is left by chance. In fact, the possibilities for creating your own Golf are endless, mixing the equipment with the power supply and the interior details of the car. In fact, we can almost say that a Golf is equal only to itself, thanks to the endless possibility of personalizing it.

The hybrid versions are greatly conquering car enthusiasts and as we have said, one in three Golfs is made with hybrid drive . It is an interesting fact because if compared to some time ago, the hybrid was always seen as something elitist and almost like a fashion. Currently, it is the power supply that is the most popular and that could give a real turning point in automotive innovation and in the conversion towards the electricity market.

Remaining in German territory, the Golf is also the absolute queen car in terms of sales. In second place are two other Volkswagen models, namely the Tiguan and the Passat.

Another interesting and important fact to analyze, and which must be emphasized, is the fact of how the Golf was nominated as the best car in the compact class, in the comparative tests of Auto Motor und Sport, Auto Build and Auto Zeitung . The German compact has in fact managed to beat very fierce competition such as the eternal Ford Focus, Seat Leon and other peers of categories, such as the various Mercedes, BMW or even the Italian and French.

To say that you own a Golf means to have a stable and long-lasting product. Volkswagen has always been associated with a concept of constructive solidity and reliability. It will probably not be the brand that dares the most in terms of stylistic design, such as some French brands, or if anything is not immediately associated with a concept of sportiness such as BMW or a concept of elegance and prestige such as Audi or Mercedes, but all in all in the middle class of cars, Volkswagen has managed to create the exact meeting point between reliability, beauty and comfort.

Golf therefore, being the flagship car of almost the entire Volkswagen world, can only be the perfect summary of a philosophy of life and it is therefore right that it is the best-selling car in Germany and best-selling in Europe in 2020.

While the best-selling car in Italy is the Fiat Panda, in Europe the compact Golf is the undisputed queen.