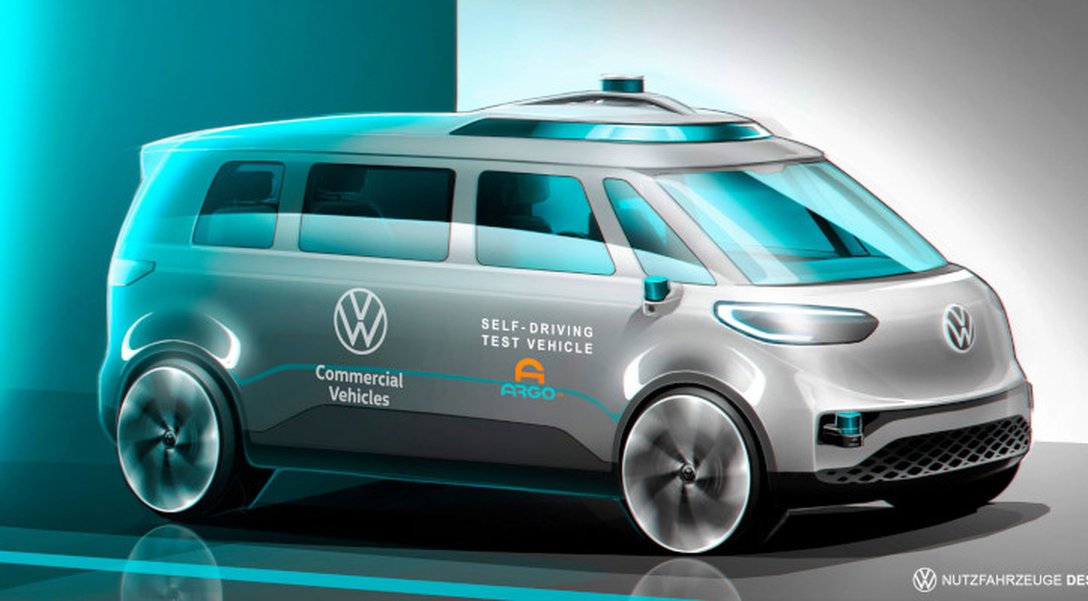 The German carmaker has decided to continue research and development of autonomous driving within commercial vehicles for service mobility.

Volkswagen, from the moment it was at the center of the diesel gate and the scandal linked to the values issued by the cars, has literally been revolutionized. It is investing heavily in terms of R&D for electric cars and also in terms of the mobility technology of the future.

If sustainable mobility, that is electric cars, is now a fairly established and homogeneous concept in all car manufacturers, a different discourse is related to autonomous driving. This technology is still highly debated and there are conflicting views on the full-scale development of this aspect.

Clearly there are several experiments with regard to autonomous driving, but clearly they must also adapt to the different level of complexity. Put more simply, we have seen in the past how some car manufacturers have chosen to develop autonomous driving for the transport of people in dedicated lanes made specifically for this experimentation. In fact, the vehicles are driven without a driver and with a whole series of sensors that allow the car or small vehicle used to transport people to move in an absolutely quiet way at low speeds.

It is easy to understand how different the question is whether an autonomous car is immersed in the traffic of Milan, where the level of unpredictability is absolutely high at the highest levels. If we think, for example, of a simple balloon that can escape between two cars parked along the road, we understand very well how the quickness of a person's reflexes must be absolutely comparable to the quickness of the reflections of a radar which should instantly recognize the appearance and brake in a timely manner. Despite the complexity of all this, Volkswagen has nevertheless decided to continue experimenting with autonomous driving for commercial vehicles.

Volkswagen is in fact convinced that autonomous driving and electric driving will make a very important contribution to urban mobility and road safety.

Volkswagen Commercial Vehicles is currently developing tools to introduce automatic traffic systems in 2025. Already this year, for the first time, field trials will be carried out in Germany in which the autonomous driving system will be used in a version of the future ID.Buzz .

According to Volkswagen, in fact, in 4 years, customers will have the opportunity to be transported to their destination in selected cities, obviously with autonomous vehicles.

To be honest, it is not simply Volkswagen that carries out this experimentation, but it is a collaboration with Ford, with which it has invested in equal measure within a company specialized in software platforms for autonomous driving. We are talking about Argo AI, a company that aims to develop and make the autonomous driving system consistently fast. The investment by Volkswagen is about one billion US dollars, an absolutely significant budget.

According to Volkswagen, autonomous driving could be seen in special vehicles, as well as in taxis or vans.

The German company is also not simply developing investments in Argo, but also in other projects related to assisted and automated driving up to the fourth level. Put simply, Volkswagen is developing investments both in the short term and in the long term. In fact, to arrive at a form of homogeneity of autonomous driving within the whole European component, we clearly need to increase the level of reliability and safety of the driver assistance systems as well.