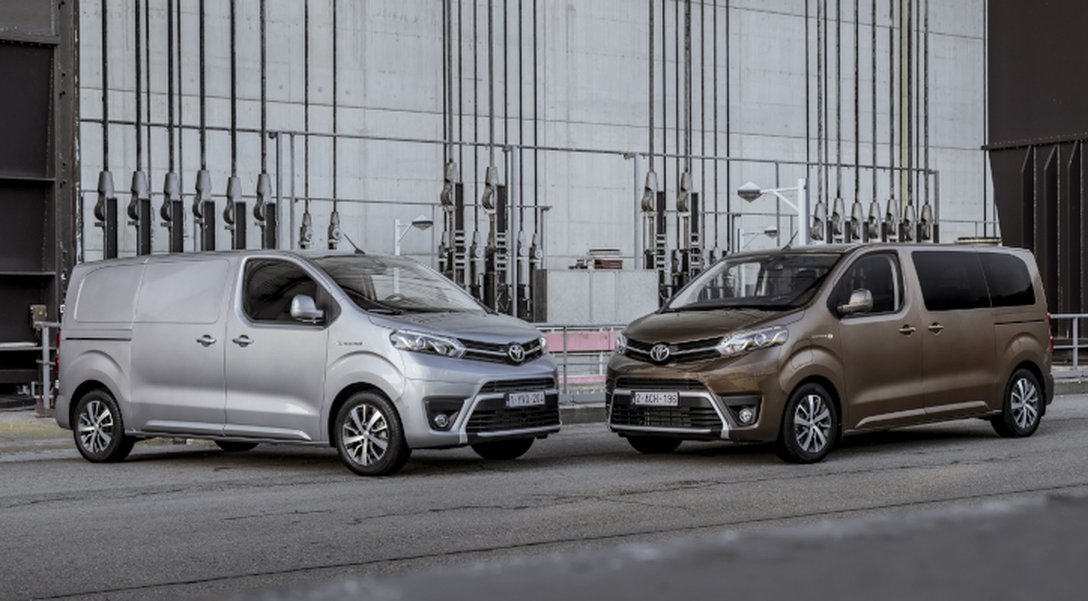 The Japanese car manufacturer Toyota has decided to present the new version of its commercial vehicle. Autonomy up to 330 km.

We have repeatedly said how the means of transporting goods are undergoing a revolution in terms of food. In fact, if once it was almost entirely dependent on diesel, with some exceptions of vehicles driven by methane, now car manufacturers are pushing as much as possible on electric traction even in the commercial vehicle market.

Today we present the new Toyota Proace which has become electric thanks to the presence of two lithium-ion batteries that allow you to drive without polluting emissions, up to 330 km away.

Battery charging can be developed in as little as 30 minutes to go from 0 to 80% power. To do all this, a 100 kW public charging station is required.

The external line is very captivating, with important ribs in the lower part of the front.

Obviously there are different types of configuration, as the vehicle is presented both in the Van version, but also in the Passenger version. In fact, for the models characterized by a more important structure, a 75 kWh battery has been inserted which allows the most important mass to be managed in the best possible way.

According to research developed by Nissan, the majority of target customers are linked to a journey of 45 km in a working day. For this reason, anyone interested in purchasing such a vehicle, there is absolutely no need to worry about carrying out a daily recharge.

The maximum power of both versions is 136 horsepower and the peak torque reaches 260 Newton meters.

If we wanted to buy the Van version, we could have a capacity between 4.6 cubic meters in the Compact version, up to 6.1 cubic meters for the Long version.

If, on the other hand, we wanted to choose the Passenger version, the bodywork would obviously change a bit. Furthermore, the load volumes could be between 280 liters, 640 and 1060 liters. The Passenger has an 8 or 9 passenger configuration, which can be modified as the interior is extremely flexible. The second row seats can be reclined with the classic 60/40 pattern in order to facilitate access to the third row.

There are different forms of fittings, both for the Van version and for the Passenger version.

The models can already be ordered and the arrival is already scheduled for April this year.