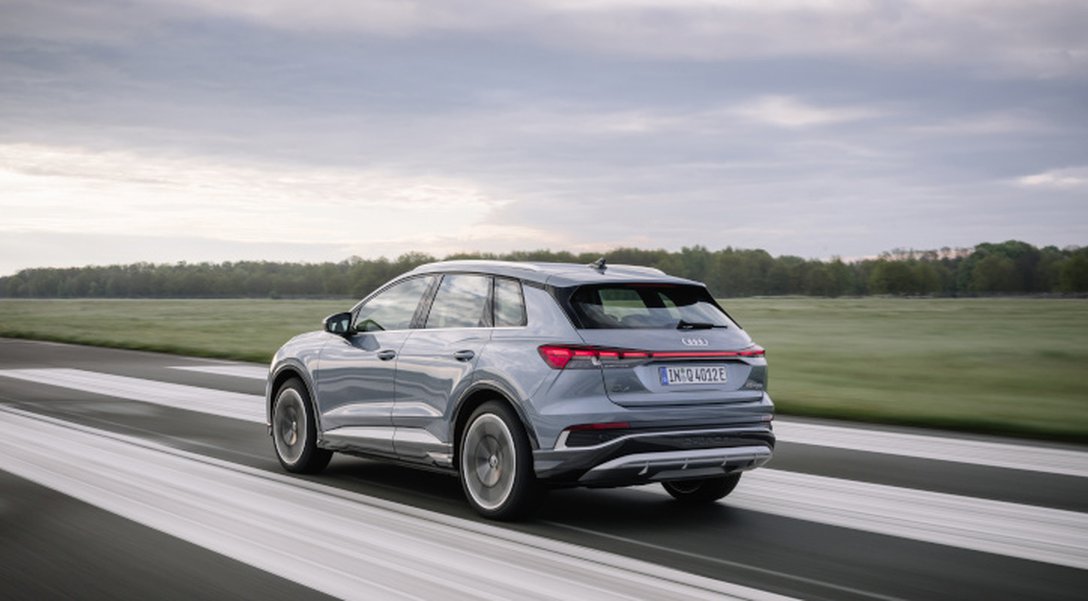 The House of the Four Rings has decided to open orders for the two new models of the compact electric SUV. An all-wheel drive and a perfect long range for more autonomy and peace of mind when driving.

The world of sustainable mobility is now with us and it is therefore normal to see car manufacturers trying to entice the public by introducing new equipment or new electric vehicle engines.

Audi has come to the sustainable mobility revolution in a fairly calm and peaceful way. In fact, he presented the # Q4 compact SUV in the e-tron version.

A few hours ago, the German company decided to expand the family by introducing two new models, namely the 45 quattro version and the 40 sportback version, the latter with the Coupé bodywork.

The latest model has an important feature that is a 204 horsepower engine and an 82 kWh battery which is capable of a declared autonomy of 534 km.

It is a really important figure and we are talking about the highest value on the entire Q4 e-tron range.

Audi also includes the version with all-wheel drive, technically made by the presence of a second engine on the rear axle. In this way the car has a total power of 265 horsepower and is capable of sprinting from 0 to 100 km per hour in just 6.9 seconds.

As for autonomy, the figure is slightly lower than the other variant or 490 km.

These two versions are clearly already available on the market and start at around € 49500 for the Sportback version, while for the Q4 version it is about 50 thousand euros. The prices refer to the German market and obviously still have to discount all the state incentives that the Italian government has put in place.

Considering about € 10,000 discount and any other dealership promotions, it is possible to enter the world of the Q4 in the electric version with the 35 version at a price of about € 35,000.

Clearly we are talking about an entry-level version, but it is excellent as a quality / price ratio able to give an excellent situation of well-being driving also by virtue of the fact of electric traction.

The sales figures are proving Audi right precisely because the excellent marketing work is paying off.

All these vehicles have important additional services, including all services related to recharging. In fact, it takes just 10 minutes in a charging station to reach a range of 130 km. This is a really important side to last minute refills that can really save a person's day.

#audi #q4
Community comments
Want to be the first to comment?