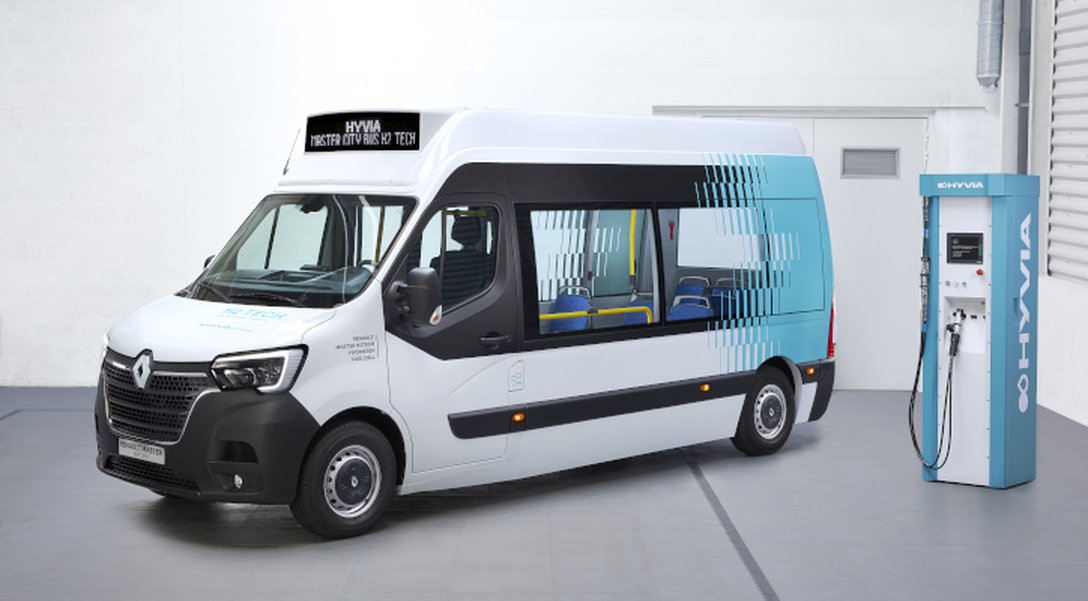 Thanks to the alliance between Hyvia and Renault, variants of the Master with hydrogen propulsion are now also available.

The world of sustainable mobility often touches strings that we did not think we would see until some time ago. Hydrogen vehicles were indeed something of science fiction but now it's time to finally see them on the road.

Already this summer a hydrogen version of the legendary Renault Master Van was renamed, but now it is possible to already see the variants deriving from the Master in the minibus variant.

We are talking about prototypes, but these vehicles will be on sale starting from 2022. From next year it will therefore be possible to purchase a version of the Renault Master minibus and cabin cruiser with hydrogen propulsion.

The propulsion system is the same seen in other car manufacturers within the Automotive sector and allows for combinations of tanks from 3 to 7 kg and 33 kWh batteries. In this way we can have an autonomy of up to 500 km on the van thanks to the hydrogen propulsion and 100 km thanks to the rechargeable battery on plug.

This version is already present in France and can be viewed at EuroExpo in Lyon until Saturday 20 November with a declared range of up to 250 km, thanks to two hydrogen tanks of one and a half kilograms each.

In the version for freight transport, it is possible to have a wide load solution up to 19 cubic meters and 1000 kg of payload.

As for the passenger model, a presentation is expected shortly with a maximum capacity of 15 people including 9 seats and 300 km of autonomy thanks to a 4 and a half kg hydrogen tank.

These changes by Renault to its flagship van bode well when it comes to sustainable mobility. A progressive adaptation of current vans and cars to hydrogen propulsion is in fact the future of sustainable mobility as the main alternative to the electric world.

In the world, various car manufacturers are trying to understand how it is possible to move also in the world of hydrogen. In fact, it is not certain that the electric is the primary choice and the univocal choice.

The alliance between Renault and Hyvia is therefore interesting, to develop new forms of hypotheses for what the sustainable mobility of tomorrow will be.

#idrogeno #renault #hyvia
Community comments
Want to be the first to comment?