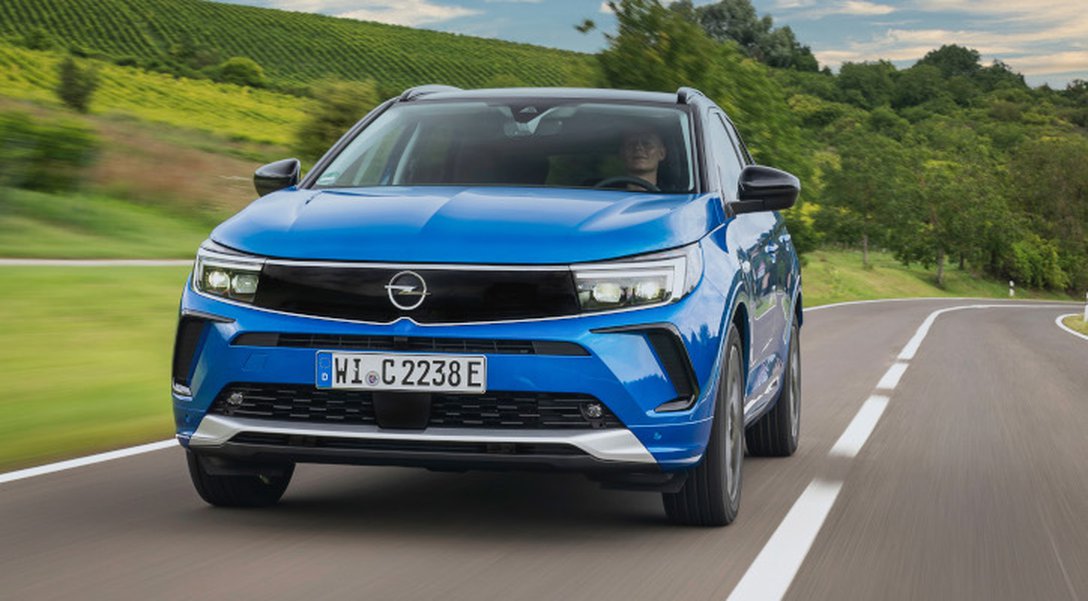 After having seen it only online, the new Grandland has arrived at all Italian showrooms. We are talking about the largest SUV from the German Automotive company, now also available in the plugin hybrid version.

Technically we are talking about a restyling and not a completely new car. All in all, however, the innovations are different and do not simply concern a simple aesthetic aspect.

The car has changed considerably, both in the eternal but also in the interior. As a first aspect Opel wanted to create a revolution starting from the name by eliminating the X at the end of the naming.

The front has been cleaned and modernized by simplifying the grille and also the headlights. The tone is now more impressive and also muscular. The car therefore seems more ready for a late 2021 and early 2022 than the previous model.

Opel has made important strides inside this SUV starting with two huge screens that are present inside the cockpit. The driver therefore has fully digital access to the world of mobility and is therefore assisted by the most advanced technologies at Opel.

Technologies that help the driver to drive not only during the day but also during the night thanks to the Night Vision system. In fact, this car has been fitted with an infrared camera that allows people and animals to be detected up to about 100 meters away. In this way, thanks to the different coloring, it is possible to see any unexpected events earlier than in a normal situation.

To illuminate the road surface, the Intellilux Led pixels (optional) have been improved. We are talking about adaptive headlights made from 168 LEDs that have been inserted within a truly modern and minimalist design. The technology makes it possible to adapt light strips according to the situation and the surrounding environment without dazzling other motorists.

The new ADAS system also makes it possible to perceive a whole series of signals present inside the road surface and to keep the car in the center of the lane. In this way the driver is definitely relieved of all the heavy actions to be developed for correct driving.

To push this car there are obviously diesel cars with a model of 1500 cubic centimeters, 130 horsepower and 300 Nm for the torque. The petrol, on the other hand, is made in a 1200 cubic centimeter direct injection engine totally in aluminum with 130 hp and 230 Nm.

There is also a hybrid version with a total power of 224 horsepower and 360 Nm of torque in the petrol and electric version. In this way the car is able to accelerate until the stopwatch stops at less than 9 seconds in the sprint from 0 to 100 km per hour.

Nothing is missing from the 4x4 version with an electric motor on the rear axle and a torque that can reach 520 Newton meters and 300 horsepower.

In 100% electric mode, the car manages to travel between 55 and 65 km, according to the WLTP homologation cycle.

#opel #grandland
Community comments
Want to be the first to comment?