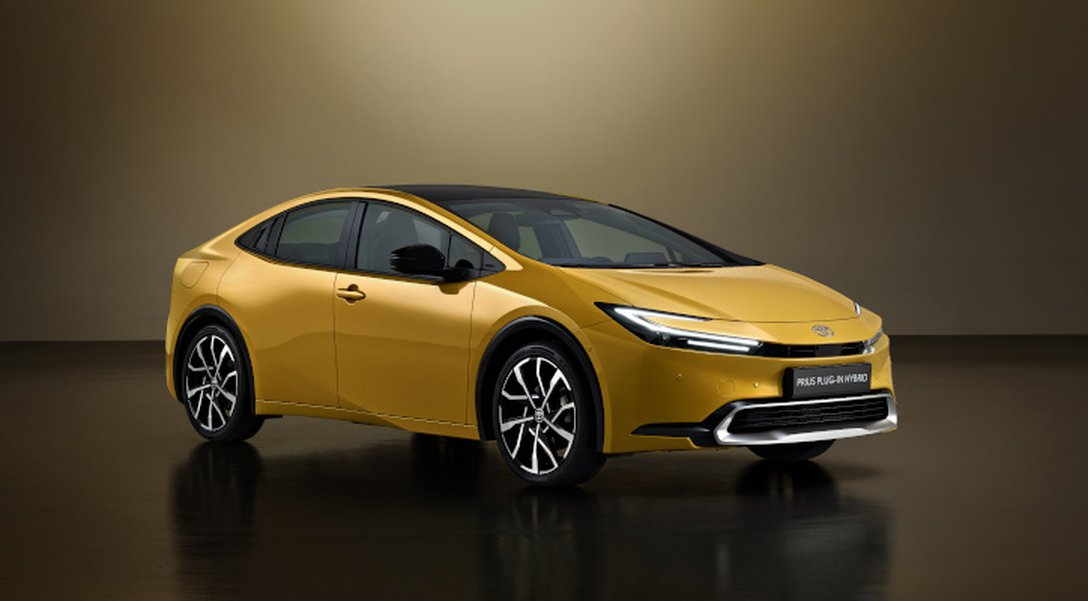 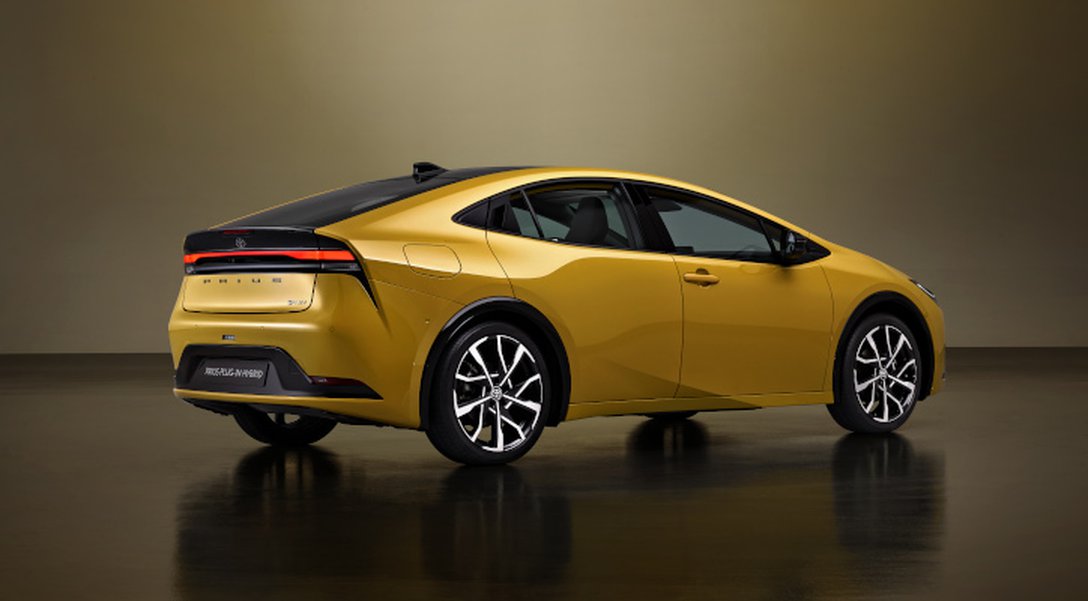 Toyota presents the new Prius as a world premiere

The Japanese automotive giant gives new life, and new stylistic sap, to its first hybrid car. Let's find out together.

It will arrive in Europe in the spring of next year, but information and the first photographs are already starting to circulate online. A very elegant and dynamic line is immediately noticeable.

We're talking about the new Toyota Prius, the new version of the hybrid car that revolutionized the automotive world. It is precisely the Prius, or the first car that brought the concept of hybrid to the mass market.

The Japanese giant Toyota is now announcing that this new version will only be a hybrid in a rechargeable version. A big step forward therefore, both in terms of the line, but also in terms of the decision to position the car within a well-defined segment.

We have reached the fifth generation since the launch, which was made way back in 1997.

The electric battery can be recharged from the outside, via the classic domestic socket or fast charging columns. Under the bonnet obviously there is a 2-liter internal combustion engine, capable of delivering 148 horsepower. To this, we must clearly add a 160 horsepower electric motor, thus obtaining a total power of 223 horsepower.

Toyota engineers were also able to make improvements in terms of range in 100% electric mode. All this thanks to the lithium-ion battery, which has been placed under the rear seats.

According to the Japanese manufacturer, the car accelerates from 0 to 100 km/h in just 6.7 seconds. This is therefore a very interesting and very valid figure when compared with other cars in the Prius segment.

Looking at the car, you immediately notice how the line is very slender and almost resembles a wedge. It almost seems that the car wants to cut through the air.

The platform that was used to build the car is the second generation GA-C. Technological progress has made it possible to create a platform with lower weight and greater rigidity.

In this way, it is possible to have better control of the car in every single aspect while driving. The fluid and elegant line of this new version develops in about 4 meters and 49 cm in length.

It is therefore a slimming cure in terms of size, given that the previous generation was 9 cm longer. The height drops and reaches 142 cm, a decrease of 5 cm. An important fact, however, we must highlight within the wheelbase, or rather the distance between the two wheels. This value expresses a good level of comfort, as we are talking about 275 cm, with an increase of 5 cm compared to the previous generation.

Looking at the front, you immediately notice how the style of the latest generation Toyota prototypes has been incorporated into this car.

Climbing aboard the car, we immediately notice how the interiors are minimal and characterized by great care. The steering wheel has a classic shape, but with important dimensions. In fact, it has several physical keys and a central part that is extended towards the driver.

The instrument cluster is clearly digital, with a diagonal size of 7 inches and a raised position. This allows the driver to have an immediate view of the instrument panel.

At the center of the dashboard, the large touch-type screen stands out, positioned in the upper part. Below it, we find some keys for the climate control and other controls of the car.

The style, however, is really minimal and meets a total cleaning of the lines in every single aspect. An important progress therefore by Toyota, which wanted to give new freshness to a car that has accompanied us for many years.

Simply look at the rear of the car to discover how the rear window is almost incorporated into the tail. The design of the front lights is minimal, and develops in a sort of C, with cuts in the front grille bordering the bonnet opening.

Furthermore, in the lower part of the front grille, a large mouth highlighted by a silver-colored grille stands out. This grille simulates a large shark mouth, seen over and over again in various Toyota (and non-Toyota) cars.

The rear of the car, on the other hand, is slightly more traditional, and features large LED headlights that run the full width of the car.

No information has been released about prices, but they will certainly be competitive as are all those of the Toyota Brand. In fact, the Japanese house wants to position itself in a very well-defined price range and is within the reach of the vast majority of people.

We'll see how the Italian market, and the European market, will respond to this car. Appointment then for next year, with a decidedly captivating line and ready to challenge other Italian and European automotive manufacturers.

Toyota car enthusiast? Do you want to stay updated on all the news from the automotive world? Join YouDriver for free! You will be able to discover all the promotions of the workshops and professionals near you! Even when you're away from home, through the handy app

#toyota
Community comments
Want to be the first to comment?

How to reduce the business costs of a workshop in times of ...
Read
Can workshops (and SMEs) communicate well?
Read
The advantages of free YouDriver membership
Read
YouDriver app for iPhone and Android
Read
Write a review for your workshop!
Read

Oppure passa a trovarci, siamo a Brescia in Via Val D'Avio, 11 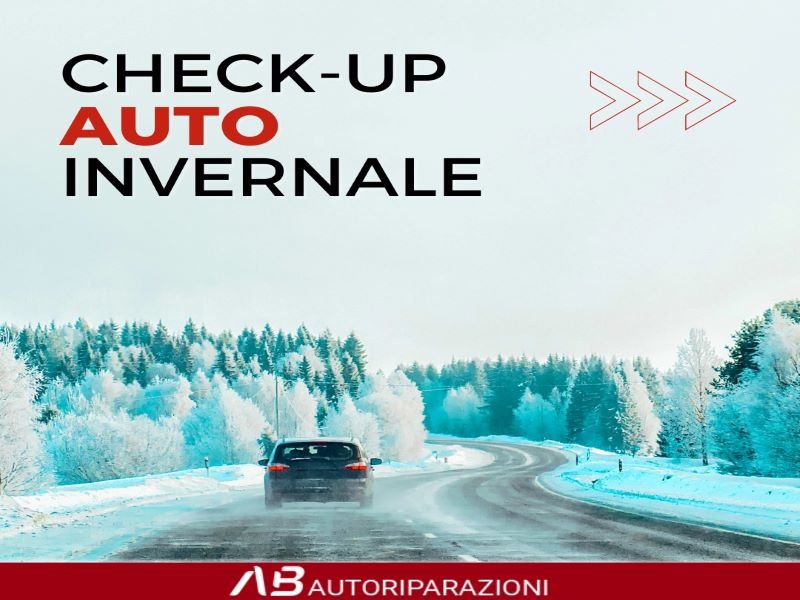 28 nov 2022 - Rimini € 3000.00
Moto Guzzi V35
Look
Do you want more?
If you are passionate about motors or if you simply want to stay updated on the news of the automotive world ...
Sign up
Interesting article?
Let everyone know what you think, with a React or a comment . And if you want, share this page with your friends!
Login